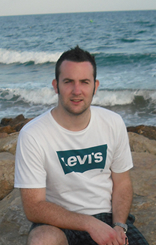 My name is Bobby Allen, I am a 25 year old Systems Engineer and Software Developer from England, UK (Not too far from Stansted Airport, London).

Since about the age of eight I’ve been interested in flight simulation and first played Microsoft Flight Simulator 98 (badly) after many years of not flying any simulators I got back into flight simulation in about 2010 when I purchased Microsoft Flight Simulator X and then started building my first version of my home cockpit after watching many inspiring video’s on YouTube, my cockpit was originally based on the work of Nigel Doyle (Shamrock075) of whom inspired me and demonstrated that it was possible to build a functional cockpit from a rather tight budget.

This website is dedicated to my second and hopefully ‘final’ version of the cockpit, known as the Mk.II version, I have this time decided to use true Airbus cockpit measurements and dimensions and over time replace temporarily manually made panel’s with professional looking panels and hardware from various cockpit hardware providers.

Please feel free to take a look around the rest of my site, I hope that you find it extremely helpful and hopefully interested too 🙂